This morning my usual 15 minute trip to work took about 45 minutes; the roads are congested and there is an almost electric excitement right throughout the capital city today.

Sitting at my desk, listening to the fighter jets practicing their formations for tomorrow’s celebrations is difficult – every time there is the sound of an approaching aircraft, everyone runs to the window. We look like a bunch of over-sized Garfield window toys!

Here is my challenge – 25 reasons to visit Namibia…

Happy Birthday Namibia – and here is to many, many more years as Southern Africa’s safest destination! 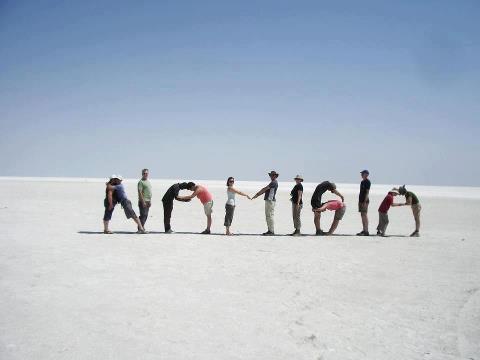 Tourism in Tanzania is one of the fastest growing sectors within the Tanzanian economy and more and more people are jumping on the bandwagon to get a piece of the pie. Notably local communities are getting seriously involved with tourism ventures realizing that they have something unique to offer that…

From Etosha we headed northwards, first through Tsumeb and Grootfontein, and then on the B8 all the way to Rundu. As we passed the veterinary fence the private game, dairy and cattle farms disappeared, and 'real Africa' began. Small villages and homesteads were dotted along the side of the road…

This Annual Report regarding the lion conservation efforts in the Etosha region is reproduced from the latest AfriCat Newsletter, the Cat's Whisper. The AfriCat Hobatere Lion Research Project has gained momentum and now boasts seven lions fitted with GPS-Satellite collars (4 males and 3 females). We have been able to…