Little has changed at Chada Katavi since the Nomad Tanzania founders arrived 20 years ago. From the air you have to look carefully to spot camp, you’ll find your eyes are immediately drawn to such wide open spaces. That’s the promise of Katavi, total absorption into the natural world and the place virtually to yourself.Chada Katavi is much the same camp that it was when it began – designed to be a stylishly simple bushcamp, with everything you need and nothing you dont, small and intimate with just six East African safari tents. Each of them is spacious and comfortable with wide-open fronts giving you panoramic views of the plain and animal life that constantly comes and goes. In fact, you often don’t have to leave your tent veranda to see game of all kinds. Elephant are frequent visitors, attracted to the same shady fruit trees as our guests, and vast herds of buffalo graze on the flood plain in front of camp.Katavi is known for fantastic game, with vast herds of buffalo roaming the plains; also elephant, lion, leopard, crocodiles and hippo. The park really comes into it’s own between June and October which is when the camp operates. With water sources becoming increasingly hard to find hippo’s crowd in their hundreds into the last water holes, and crocodiles dig big caves into river banks to aestivate through the hot season. Katavi is the only place you can see such phenomena. Chada Katavi is a camp that aims to get you out there to really feel Africa. Explore on walking safaris, game drives in open 4WD vehicles, night drives, or perhaps head out into the bush for a night fly camping under the stars. With Nomad Tanzania’s expert guides you are in the very best hands to see the best of this final frontier and eldorado of safaris.

Large, airy en-suite tents with a big verandah, twin or double beds with fresh linen and a pioneering style. There's a place to hang clothes, a bureau, chairs on the verandah on which to sit and enjoy the sounds and sights of the bush. Bathrooms are en-suite, and open to the canopy. Safari-style bucket showers lend a sense of adventure and help us keep our environmental footprint small in this area of scarce water. There's also an eco-flush toilet which is both convenient and uses 90% less water than a conventional toilet.The tents are scattered among a grove of tall tamarind trees, which in turn attract monkeys, elephants and other wildlife. It's not uncommon to watch a herd of impala wonder by while you're enjoying a cup of tea on your verandah, or have an elephant walk past while you have a siesta.

Venture out for a night under the starry sky. Flycamping is a way of shedding amenities without being uncomfortable, and getting as close to nature as possible. The camp is set up by a small team, while you enjoy a guided bushwalk, arriving in time for sunset and a cold gin and tonic by the fire.Tents are made of heavy duty netting, encasing a deep bedroll, made up with fresh sheets, cosy blankets and soft pillows, so quite comfy.There's a safari style bucket shower and a short-drop toilet which is located a modest distance away. The camp is lit by paraffin lamps and there are torches and a scout who keeps any curious creatures at a distance.You'll eat well. A three course dinner and good breakfast is standard (unless you're planning to walk back to camp in time for breakfast).One night is the norm, and it's essential to pre-book if your interested in fly camping. 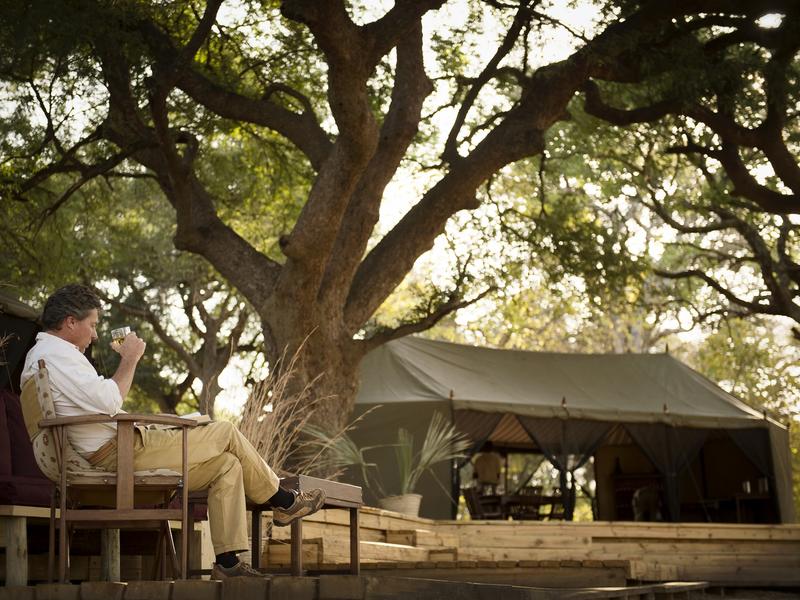 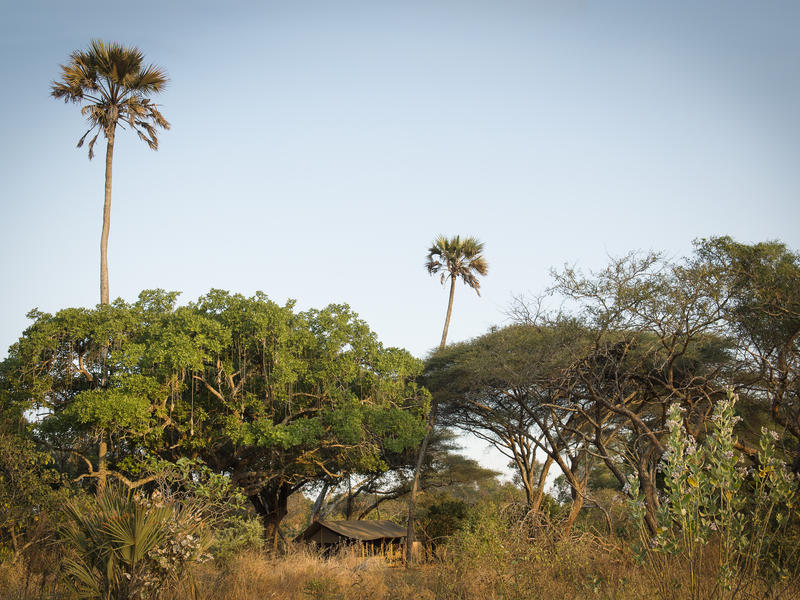 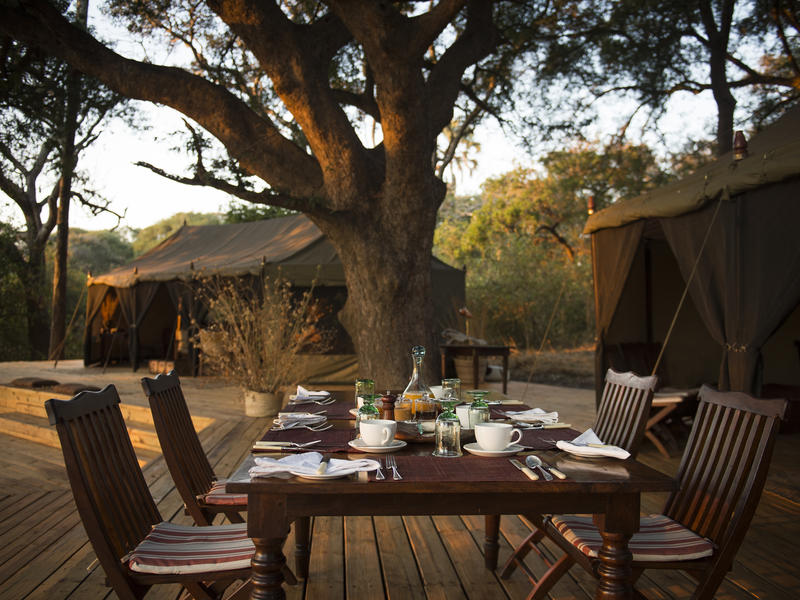 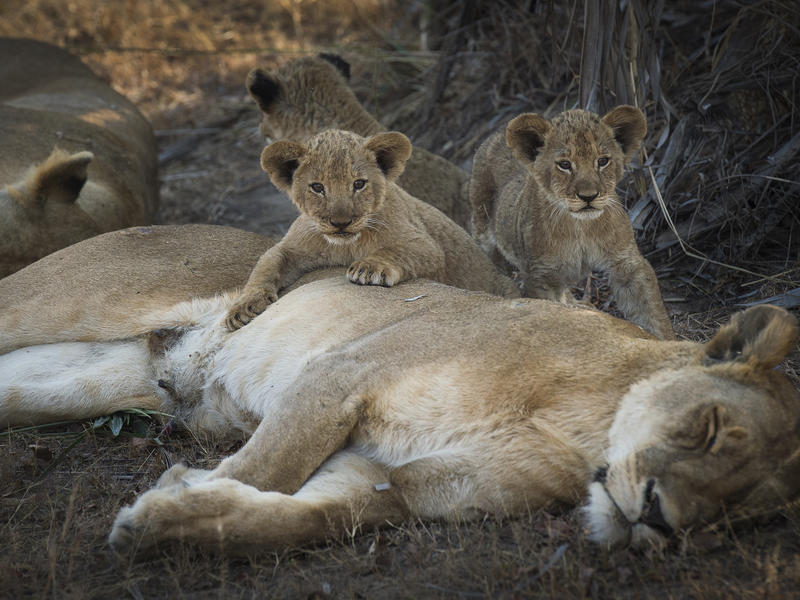 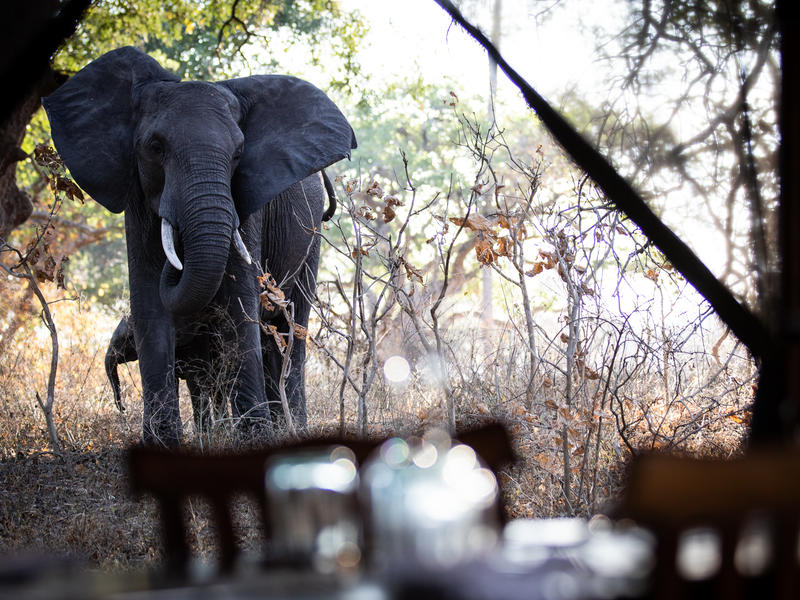 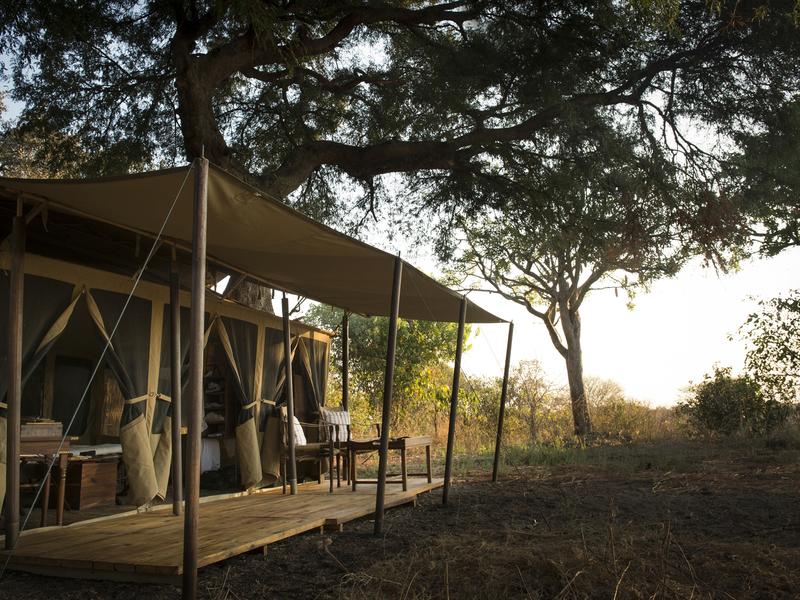 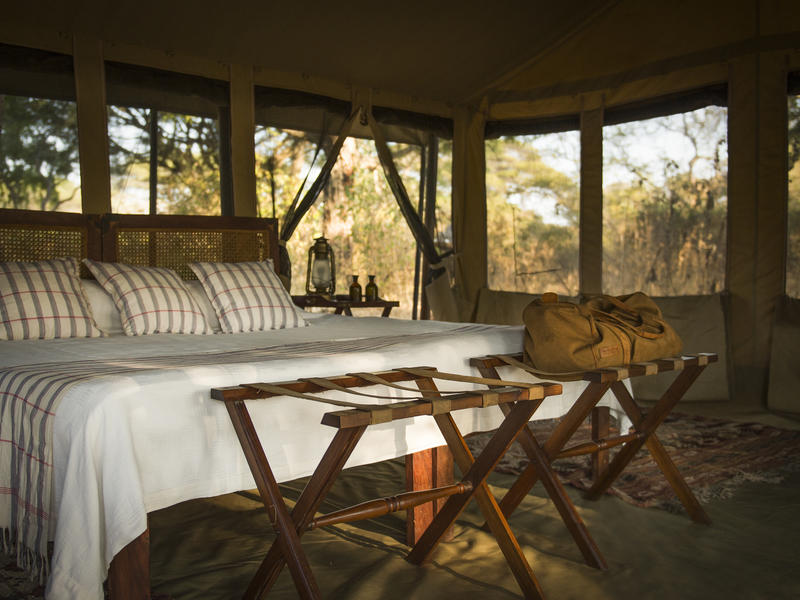 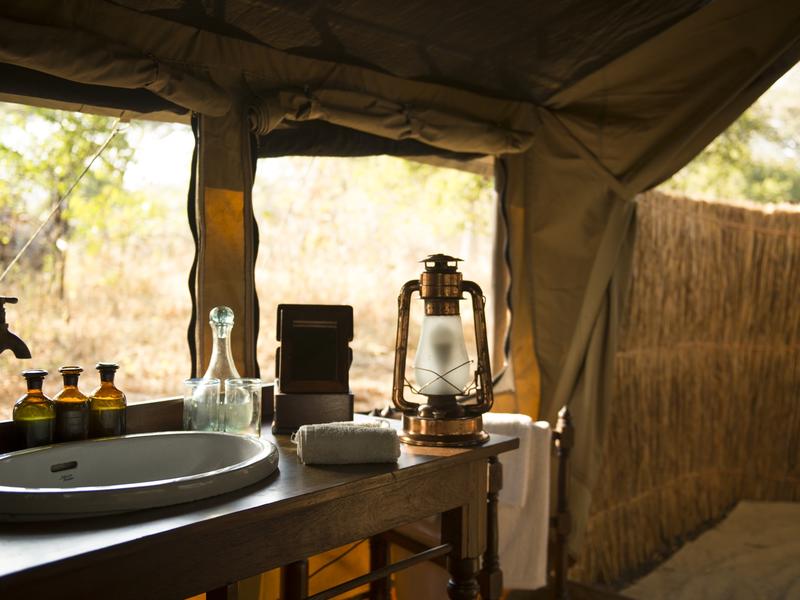 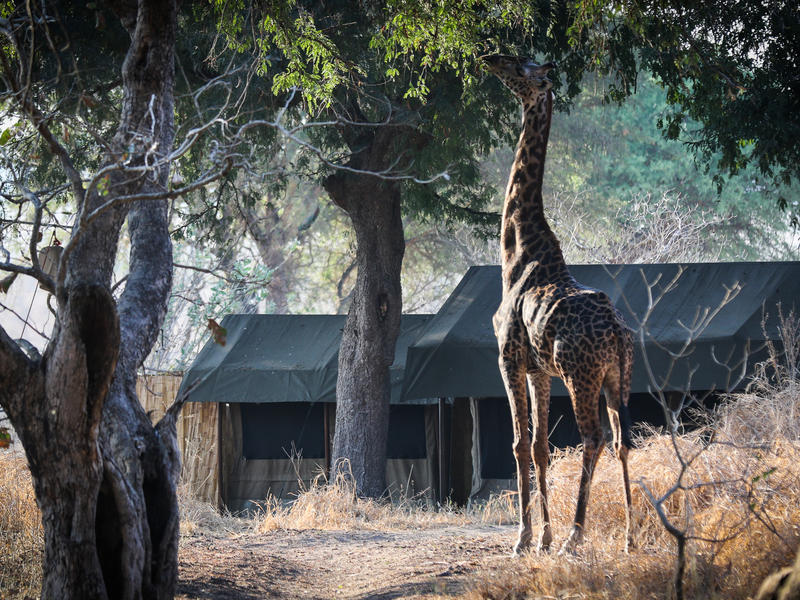 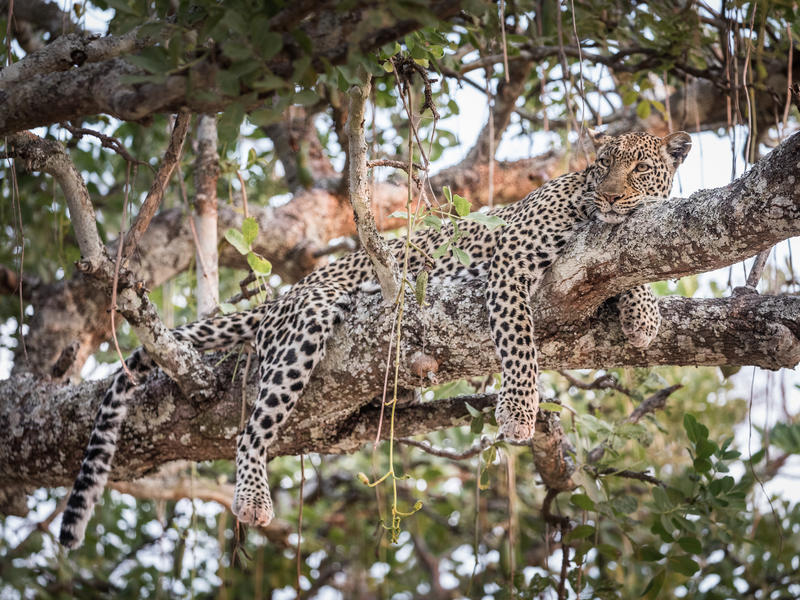 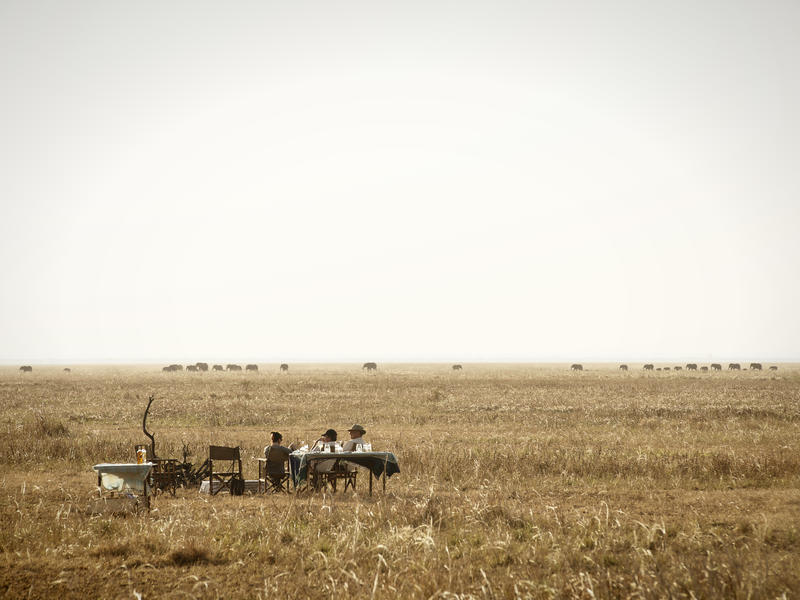 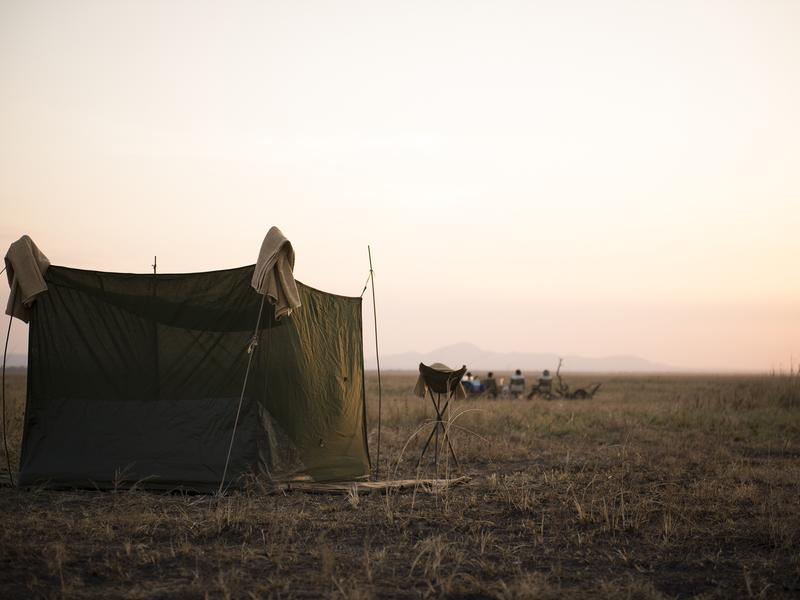 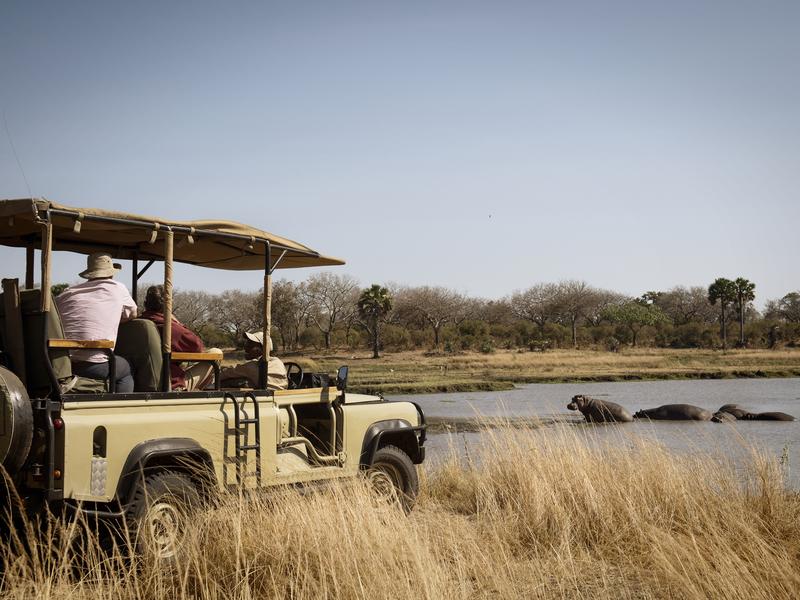 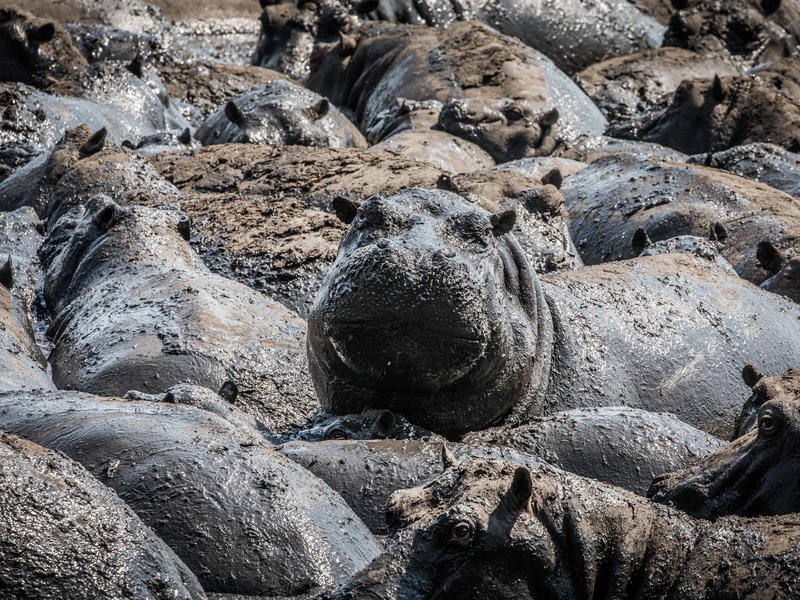 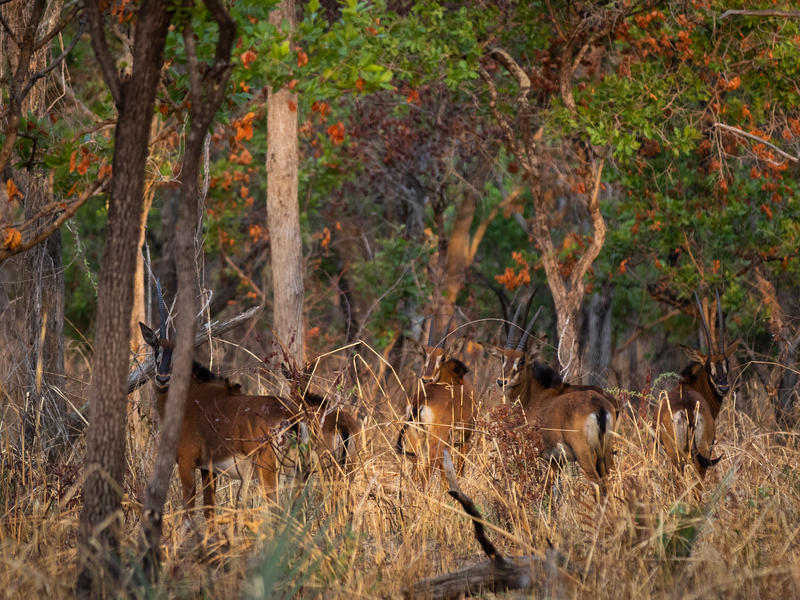 Popular with those heading to the ancient citadel of Machu Picchu, Inkaterra Machu Picchu Pueblo Hotel is an intimate Andean village with terraced hills, waterfalls, stone…

Khulu Bush Camp “Grandfather” is located on a private concession of 6,000 acres. One of the many charms of this camp is that it offers guests…

Known as the 'Cradle of the Nile', Uganda is one of Africa's best kept secrets. Few countries can boast the infinite variety of flora and fauna…

Set against the backdrop of the magnificent Waterberg Mountain Range in the Limpopo Province. The exquisite beauty of its wide-open savannahs, rich wildlife heritage and spectacular…

On the eastern edge of Lake Manyara lies a place of unending loveliness. Here is Chem Chem Lodge, ‘the sunset camp’, luxurious without being lavish. You…

Renowned, and now totally rebuilt, Duba Plains Camp sits in the heart the Okavango Delta on a 77,000-acre private concession that typifies the region’s unique landscape….

Our collection of converted heritage townhouses and Redcliffe House offer you all the spoils of five-star hospitality and the privacy of individual accommodations. With their entrances…

Located in the middle of a verdant coffee plantation, Elewana Arusha Coffee Lodge is a sanctuary of aromatic tranquility and a welcome retreat after a long…

Ol Donyo Lodge is located on the Maasai-owned Mbirikani Group Ranch, comprising of 275,000 acres of wilderness between Amboseli and Tsavo National Parks and bordering Chyulu…

With large, comfortable, modern rooms, the Reef View Hotel offers a perfect getaway for couples, families or groups of friends. Spacious, comfortable and with most rooms…

Overlooking the primeval Bwindi Impenetrable Forest, Bwindi Lodge is the finest luxury lodge at Bwindi. With dramatic intense views of the forest canopy across a serene…

This 73-roomed hotel is ideally located on the glistening shores of Lake Victoria and a convenient 1km from the airport. Protea Hotel by Marriott Entebbe has…

A rollercoaster of activities, sights and cultures. From world class game reserves, to glamorous cities, and nothing but wine, sandy beaches and African horizons in…