Frances’ Lodge is a country guest home set on a hill across from Siena. Its unbelievable view looks out over the old walled city. The area called Santa Regina takes its name from a little church that was built as a small convent in the year 1200. This has always been one of the most beautiful parts of the countryside outlying Siena. It is here that, since the start of the 18th century, noble families of Siena kept their “villa”—the country house where they summered from May to November, to get away from the heat of the city and to watch over the harvests from their farm holdings: vegetables in late spring, fruit in early summer, grain in July, grapes picked in September, and olives in November. The villa, or at least its oldest part, was built in 1729 and has belonged to the same family for nearly three centuries. Closely tied to nature, the rhythm of life back then was different from that of today’s world. It was this natural rhythm that first charmed Franco and Frances, the taste for savoring the “slow” life in a place that seemed too beautiful to be true. In the mid-1990s, they decided to restore the rooms of the country villa along with its enormous Limonaia—or Lemon House—facing a wondrous garden. They live in one portion of the house; the rest is open to their guests. The commanding position of the house with its 360-degree panoramic views, the closeness to the city (only 1.8 km.—little more than a mile—as the crow flies), the silence and peace of being in the open countryside just outside the city walls. All of these features await you as soon as you pass through the gates, enter the lovely driveway, and behold the incredible view of Siena’s skyline amid vineyards, fruit orchards, and olive groves. You’ll be revived by sounds that busier parts of the world have forgotten: birds chirping, cicadas singing in summer, the wind blowing through the trees. Upon your arrival, you’ll find the house’s owners awaiting you at the top of the hill, welcoming you with a smile. They’ll show you around this great house with its views towards the city of Siena or toward the Crete, the green Sienese countryside. You’ll see the peace of the garden and you’ll find yourself breathing easy, especially if you’ve arrived here from the bustle of some crowded metropolis. 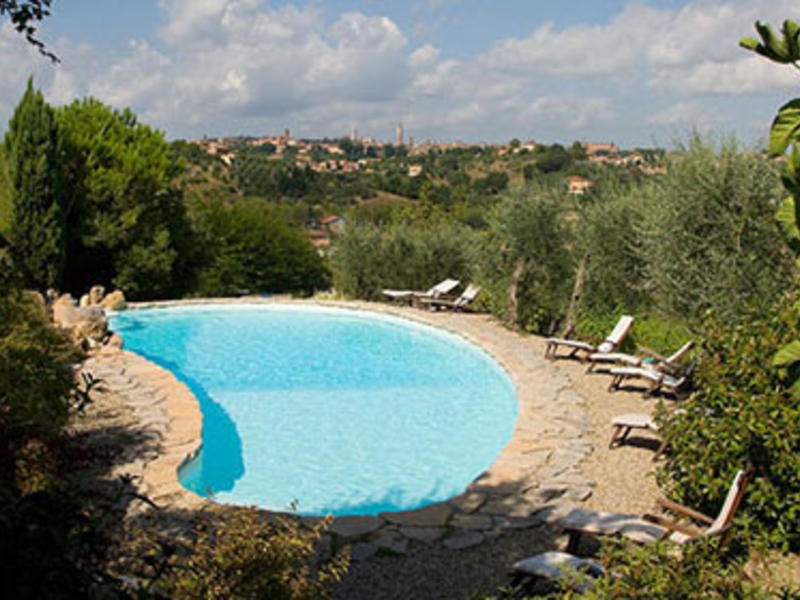 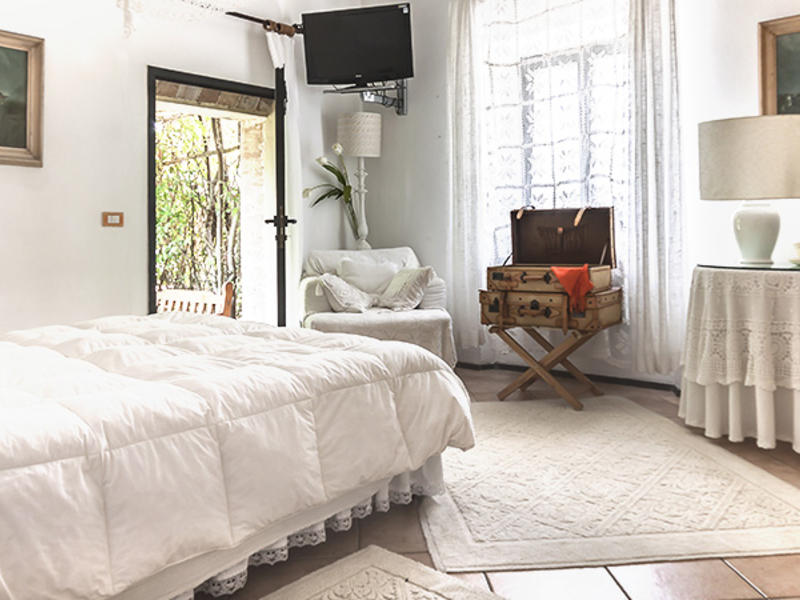 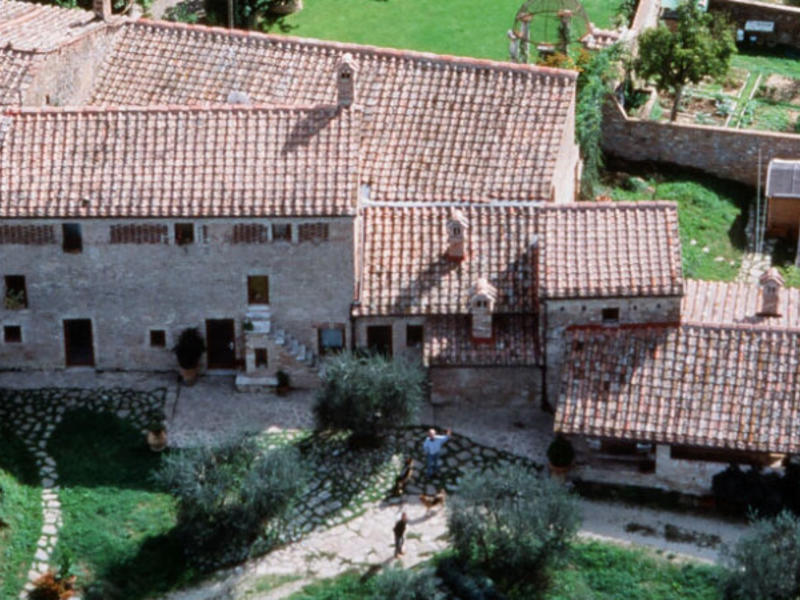 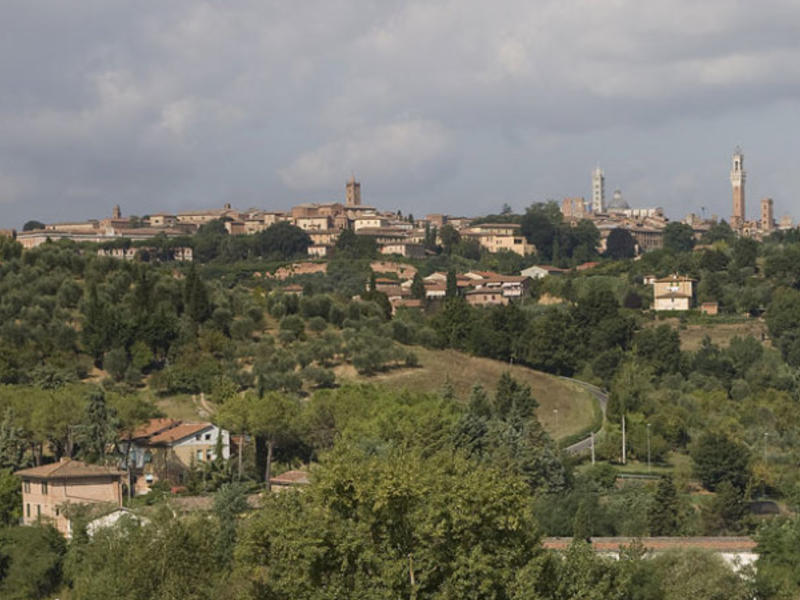 Built on a plateau overlooking the Zambezi National Park, Victoria Falls Safari Lodge is just 4km from the majestic Victoria Falls and offers a unique wildlife…

Springbok is the ideal stop-over, as it offers easy driving to Upington, Cape Town, the West Coast, the Richtersveld and Namibia. Get to know Namaqualand with…

Hwange National Park is a land of contrasts from dense teak and acacia forest to vast open savannah, offering guests an exhibition of raw and diverse…

The Gonzo Inn is a boutique condo-hotel that accents the local scenery with desert chic style reflected in handcrafted woodwork, patinated metal, and beautiful views of…

Vibrant yet laid-back Matemwe Lodge has perfected the tropical island experience. Perched on an outcrop overlooking a shallow, coral-fringed lagoon on the quiet northeastern coast of…

We have 4 self-catering units and 7 double/single units. In the main house there is a luxurious lounge as well as a large dining room where…

Eolo Lodge Patagonia's Spirit embodies the spirit of Patagonia. Built on the land where the first creole and European immigrants of the area initially set foot.The…

Inspired by a stylish fusion of African craft and Danish simplicity, Singita Faru Faru Lodge is the epitome of a contemporary wilderness setting in the heart…

Linyanti Bush Camp is situated on the banks of Linyanti Marsh in a private reserve which borders the western boundary of Chobe in the Chobe Enclave….

Located in Marrakesh, Morocco, Riad Kniza Marrakech features free Wi-Fi, a swimming pool, a spa as well as free parking on-site. This bed and breakfast is…

With its striking landscapes and an atmosphere of complete serenity, the Viñales Valley is one of the most visited locations in Pinar del Rio on the…

Honjin Hiranoya Kachoan is a traditional hotel in the historic centre of Takayama, just steps from the morning market of Takayama, offering personalized attention, thermal baths…

Standing proud on Umhlanga’s beachfront, overlooking the historical Umhlanga lighthouse, The Oyster Box has long been one of South Africa’s best-loved and most distinguished hotels. This…

A rollercoaster of activities, sights and cultures. From world class game reserves, to glamorous cities, and nothing but wine, sandy beaches and African horizons in…