Tuscany’s elegant capital Florence remains one of Italy’s most charismatic cities, giving birth to the Italian Renaissance movement and home to an outstanding display of Renaissance art and architecture. The magnificent Duomo dominates the city panorama, set on the edge of the bustling Piazza del Duomo, while to the south lies the undisputed heart of the city in Piazza della Signoria, with its impressive Palazzo Vecchio.Art lovers will find inspiration in every corner of the city, from the celebrated paintings of the Uffizi Gallery to the lavish frescoes of the Capella Brancacci. While architecture enthusiasts could spend days following in the footsteps of Brunelleschi, the man responsible for not only the Cathedral of Santa Maria del Fiore, but also the churches of Santo Spirito and San Lorenzo, as well as the Renaissance masterpiece of the Pazzi Chapel.If you can drag yourself away from the beauty of Florence’s historic center, then the nearby Chianti wine region boasts some of Italy’s finest wine touring experiences through spectacular viticultural landscapes dotted with quaint villages and olive groves.Piazza della SignoriaThis L-shaped plaza lies at the heart of Florence, serving as the political center of the Florentine Republic and a meeting point for locals and tourists alike today. It sprawls in front of the 14th-century Palazzo Vecchio, Florence’s town hall, with the Corinthian arches of the Loggia della Signoria, the world renowned Uffizi Gallery and the Palazzo Uguccioni all nearby.Ponte VecchioSpanning the Arno River to the south of the Piazza della Signoria are the medieval stone arches of the Ponte Vecchio – one of Florence’s oldest bridges. Although a bridge was first built here during Roman times, it was the Etruscans who rebuilt the current structure in the 14th century and butchers who hawked meat along its historic stretch. Today it is jewelry merchants and souvenir sellers who occupy the Ponte Vecchio’s quaint stalls, whose lights reflect beautifully in the waters below at night.Cathedral of Santa Maria del FioreLocated in the Piazza del Duomo and dominating the city skyline is the Cathedral of Santa Maria del Fiore, commonly known as the Duomo. It forms part of Florence’s historic UNESCO World Heritage Site, together with the octagonal Baptistry and the 277-foot high Giotto’s Campanile which surround. The elaborate Gothic style cathedral was consecrated in 1436, with its interior housing numerous works of outstanding artistic significance.

La Dimora degli Angeli is a charming and intimate B&B, in a beautiful setting with a view of the Cathedral, private bathrooms and the highest quality comforts. Each room has its own style, with unique wallpaper, furnishings and decor with different influences and design, where everything comes together to create a place for the experienced world traveler. La Dimora degli Angeli is located in the old quadrilateral of Roman Florentia, in via Brunelleschi 4. The 19th century building has windows facing piazza del Duomo and piazza San Giovanni, providing the opportunity to admire the Cathedral, Brunelleschi’s dome, Giotto’s bell towers, and the S. Giovanni baptistery directly from the rooms. This B&B has twelve rooms and a tea room available to guests 24 hours a day at no extra charge. In a warm and welcoming environment, you can relax and enjoy the beauty of Renaissance Florence while experiencing a vacation with the comforts of home. 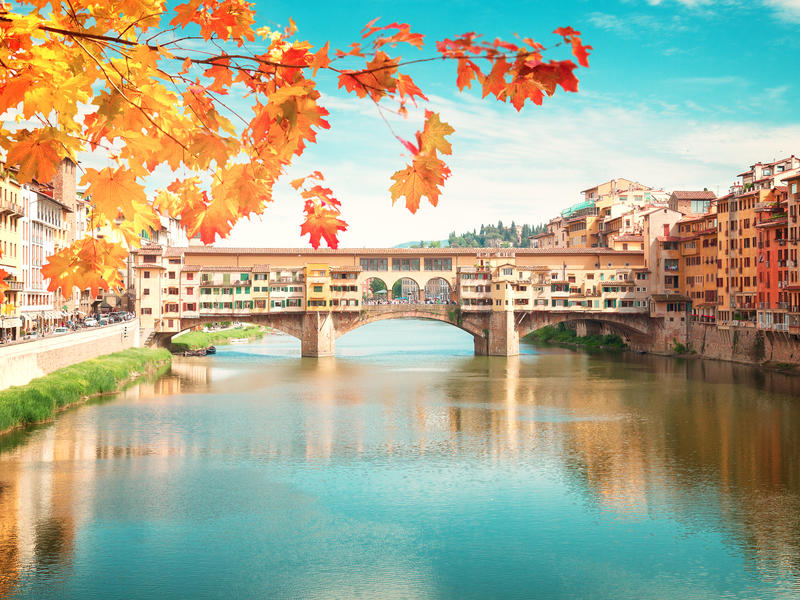 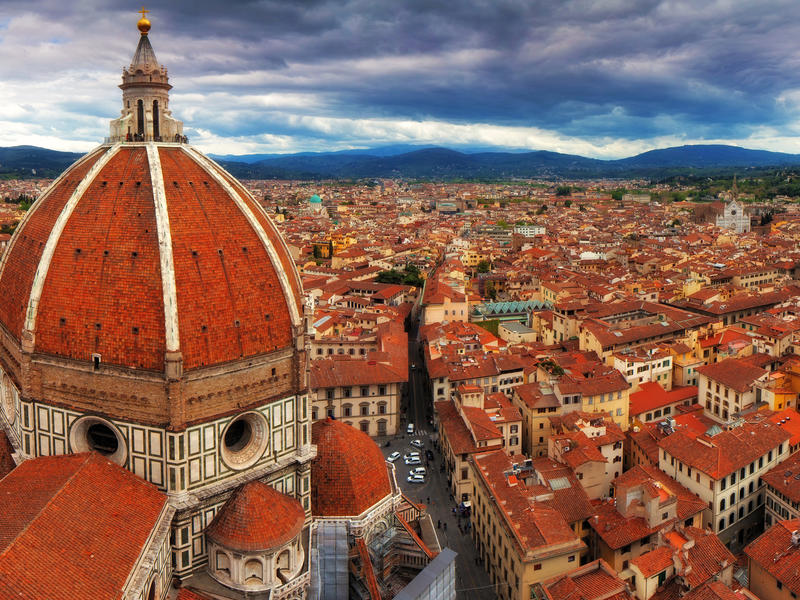 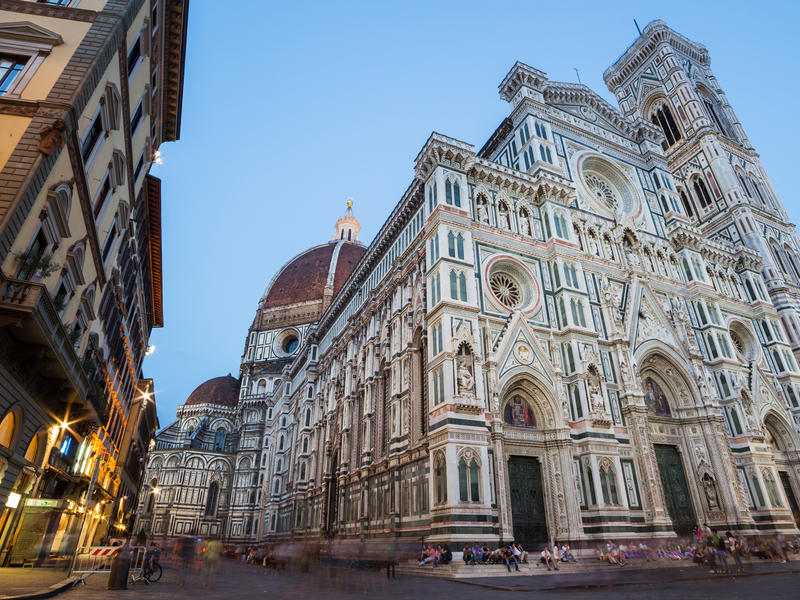 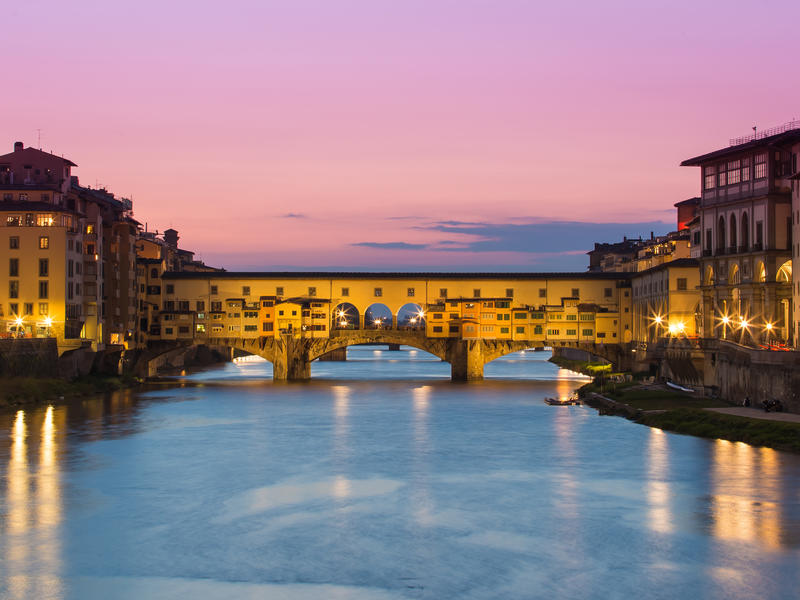 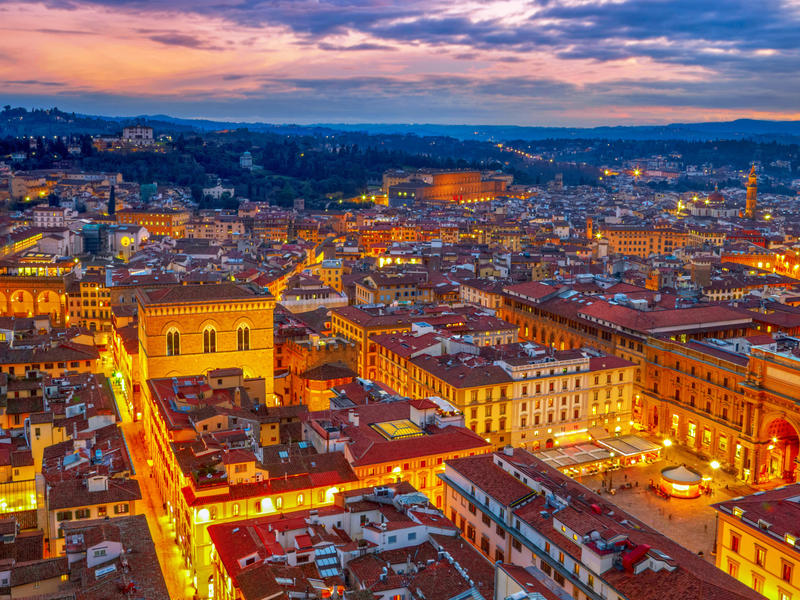 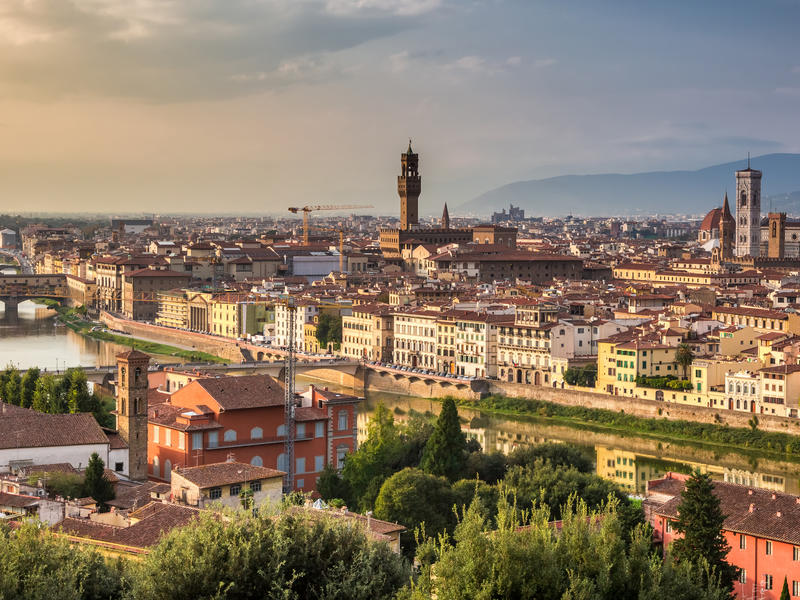 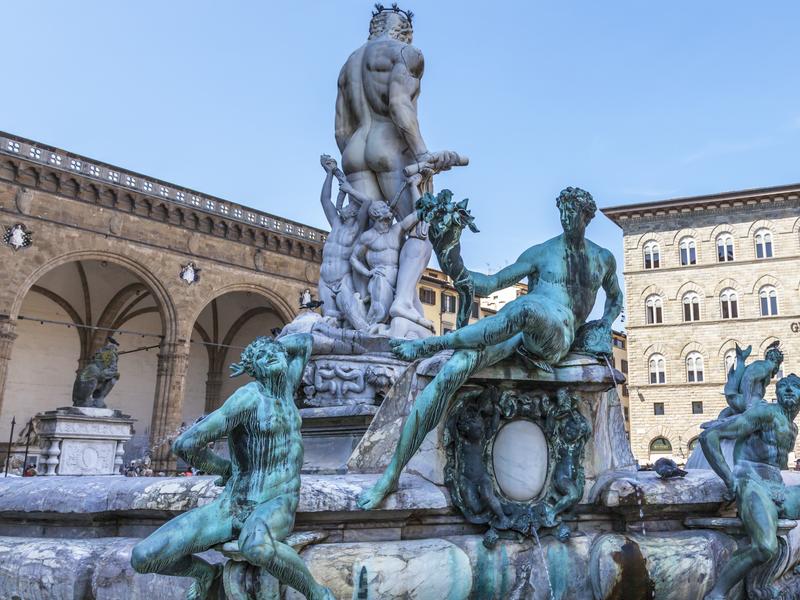 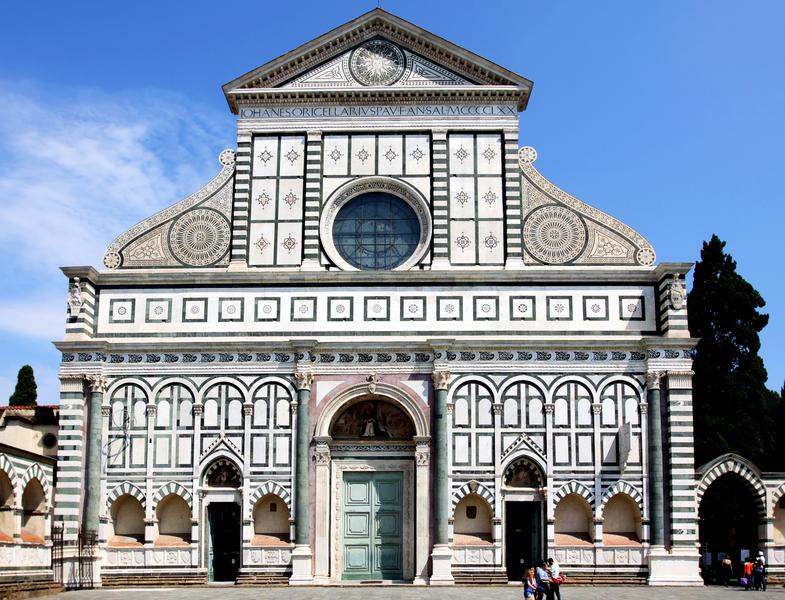 If you’ve ever dreamed of sipping crisp wine and sampling farm-fresh cheese on the Italian countryside, this experience is…

La Dimora degli Angeli is a charming and intimate B&B, in a beautiful setting with a view of the Cathedral, private bathrooms and the highest…

Tuscany’s elegant capital Florence remains one of Italy’s most charismatic cities, giving birth to the Italian Renaissance movement and home to an outstanding display of…