In honour of the first international World Giraffe Day this weekend (21st June), I am sticking with the theme of Giraffes for this post, it wasn’t just an excuse to use the term mega-fauna again I promise!

I know that I have certainly never looked at Giraffes and lumped them into the same category as the Black Rhino when it comes to conservation – but truth be told that since the turn of the century the global population of giraffe had shrunk by a shocking 40%; with one population group in Botswana suffering an even bleaker fate with a loss of 65% of their number.

Today two giraffe sub-species find themselves listed as Endangered and of high conservation priority on the IUCN (International Union for Conservation of Nature) Red List BUT there is something amiss here – Elephants with a population of about 550,000 are currently classified as ‘vulnerable’ on the IUCN red list, Giraffe are listed as ‘least concern’ but in 2012 their population was estimated at around 80,000 individuals…. REALLY????

2011 saw the first Giraffe Indaba hosted in Namibia, and here the biggest problem facing giraffe conservation was identified – giraffes have largely just been forgotten about. You wouldn’t think that would be possible given their sheer size!

The ONLY giraffe population which has been bucking this continent-wide downward trend is Namibia’s own population of Giraffa camelopardalis angolensis or Angolan Giraffe. The irony being that the Angolan Giraffe probably doesn’t even occur in its namesake anymore!

The Giraffe Conservation Fund is currently conducting an Africa-wide project to establish the status of all giraffe populations throughout the continent. This project consists of two major components:-

a) Genetics – to formally identify exactly how many sub species of giraffe there are and possibly whether giraffe should be re-classified into more than one species. This requires a huge amount of DNA or tissue samples which need to be collected from right across the continent.

To my mind that is an absolutely monumental under-taking!

So again if anyone is interested in getting involved with sponsoring the World Giraffe Day or would like to make a donation towards the conservation of these mega-fauna we would love to hear from you. 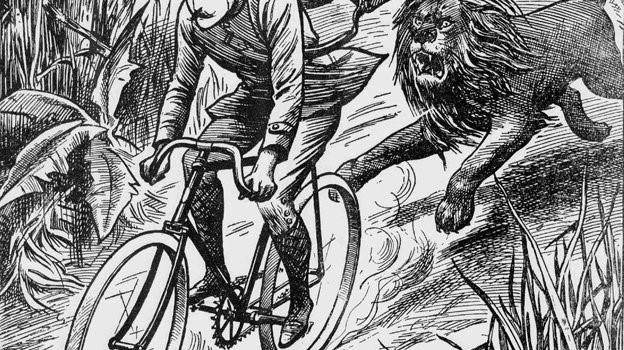 I will never forget the first time I saw a Hyena in the wild (OK - really large National Park, but you get the gist of it) - I was on my way to pay the visitors' fee for visiting the Etosha National Park at Okaukuejo and decided to make…