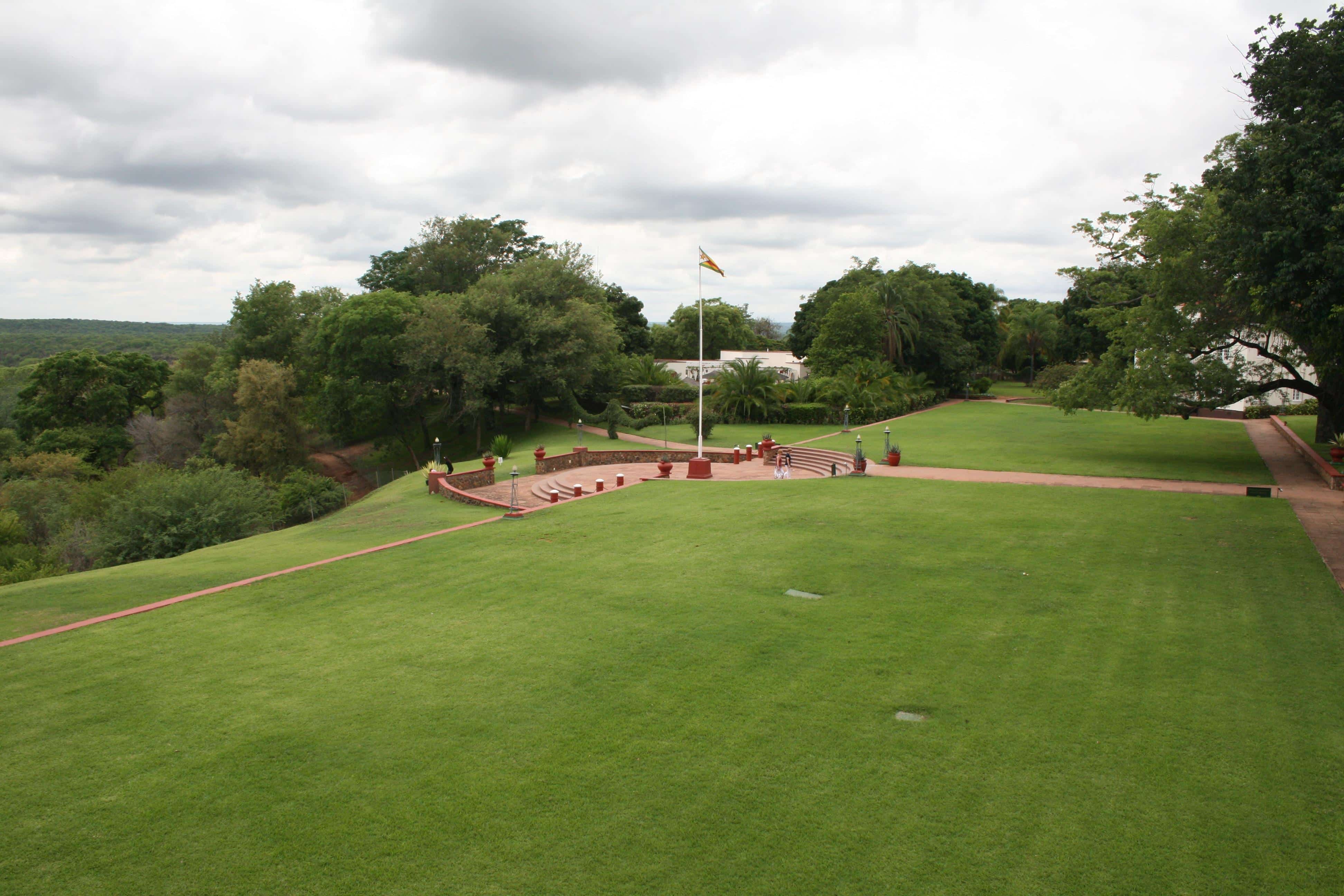 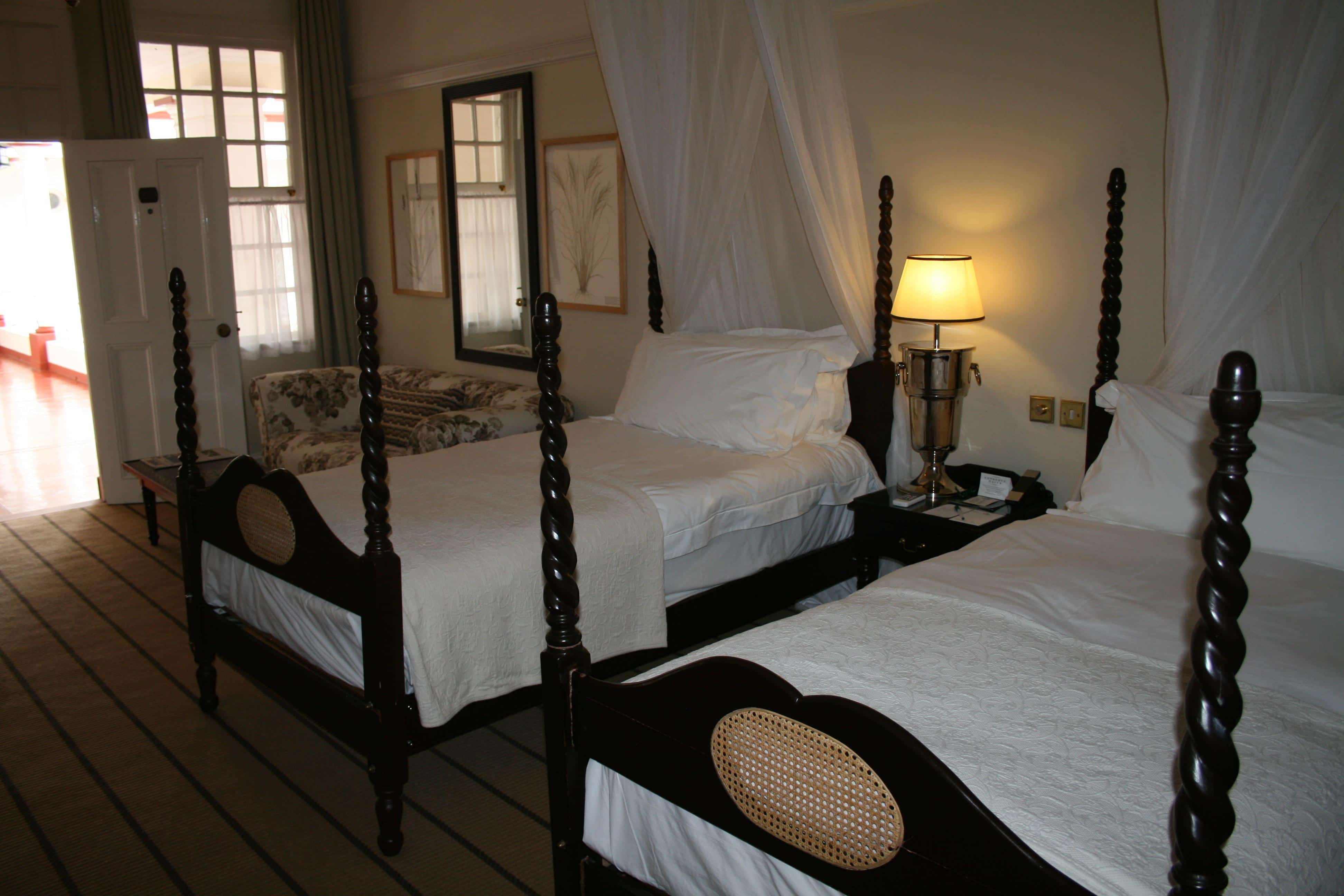 It was time to head out of Chobe and across the border into Zimbabwe, making our way towards the world heritage site of Victoria Falls.  We were a little cautious about taking our car into Zim, not having tried this for many years, but we were well prepared and we had a fire extinguisher, a ridiculously large number of reflective red and white stickers, a high visibility vest, two red warning triangles, and a healthy fistful of dollars.  What could possibly go wrong?

The entry fee for UK citizens is now US$55 per person (no discount for kids), and the carbon tax, temporary import duty and insurance for the car cost another US$55.  After being questioned about the car actually belonging to us, despite having the Namibian police clearance certificate, and after being asked to please give the policeman on gate duty ‘his Christmas present’, we finally got through without paying any bribes which was probably quite an achievement. 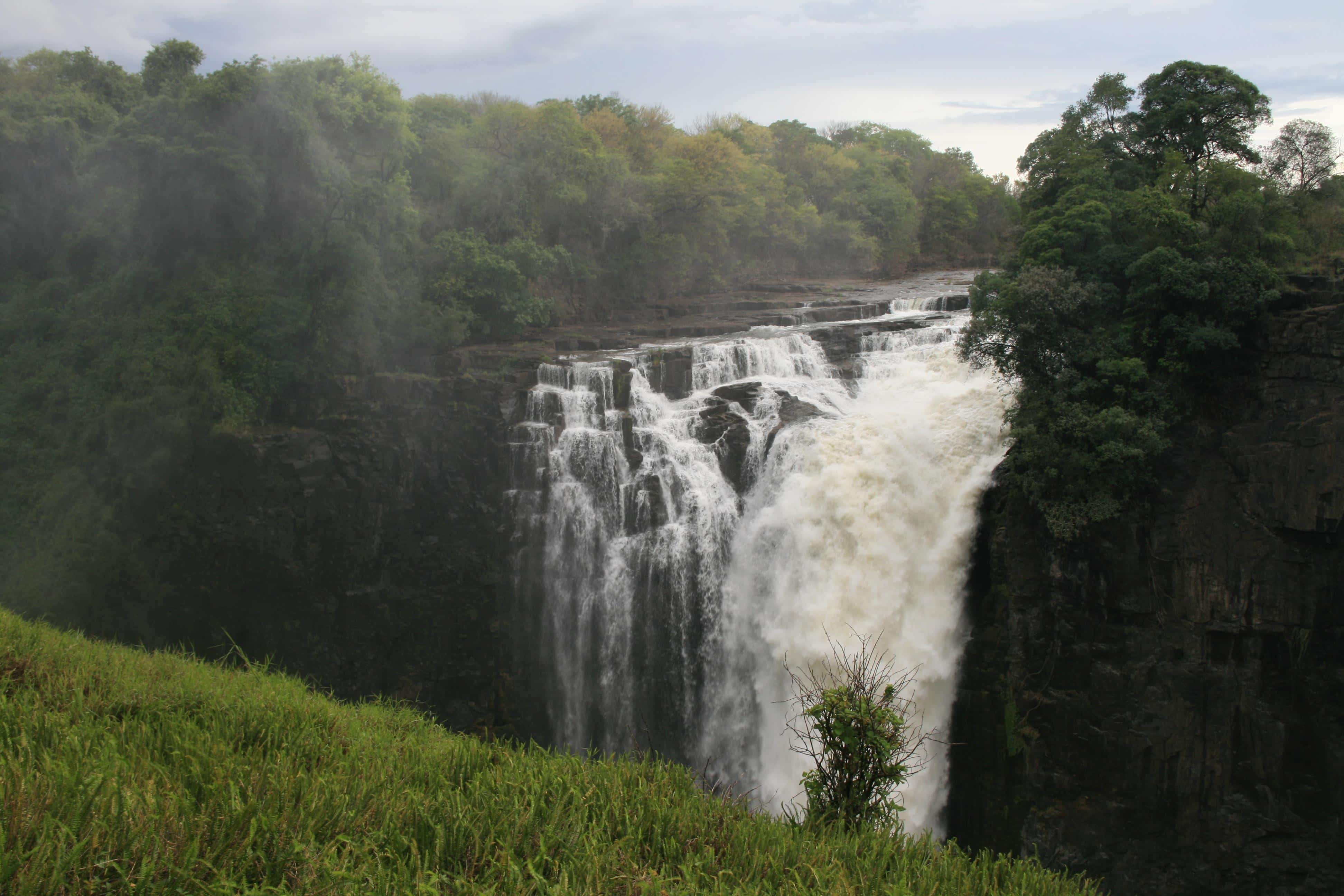 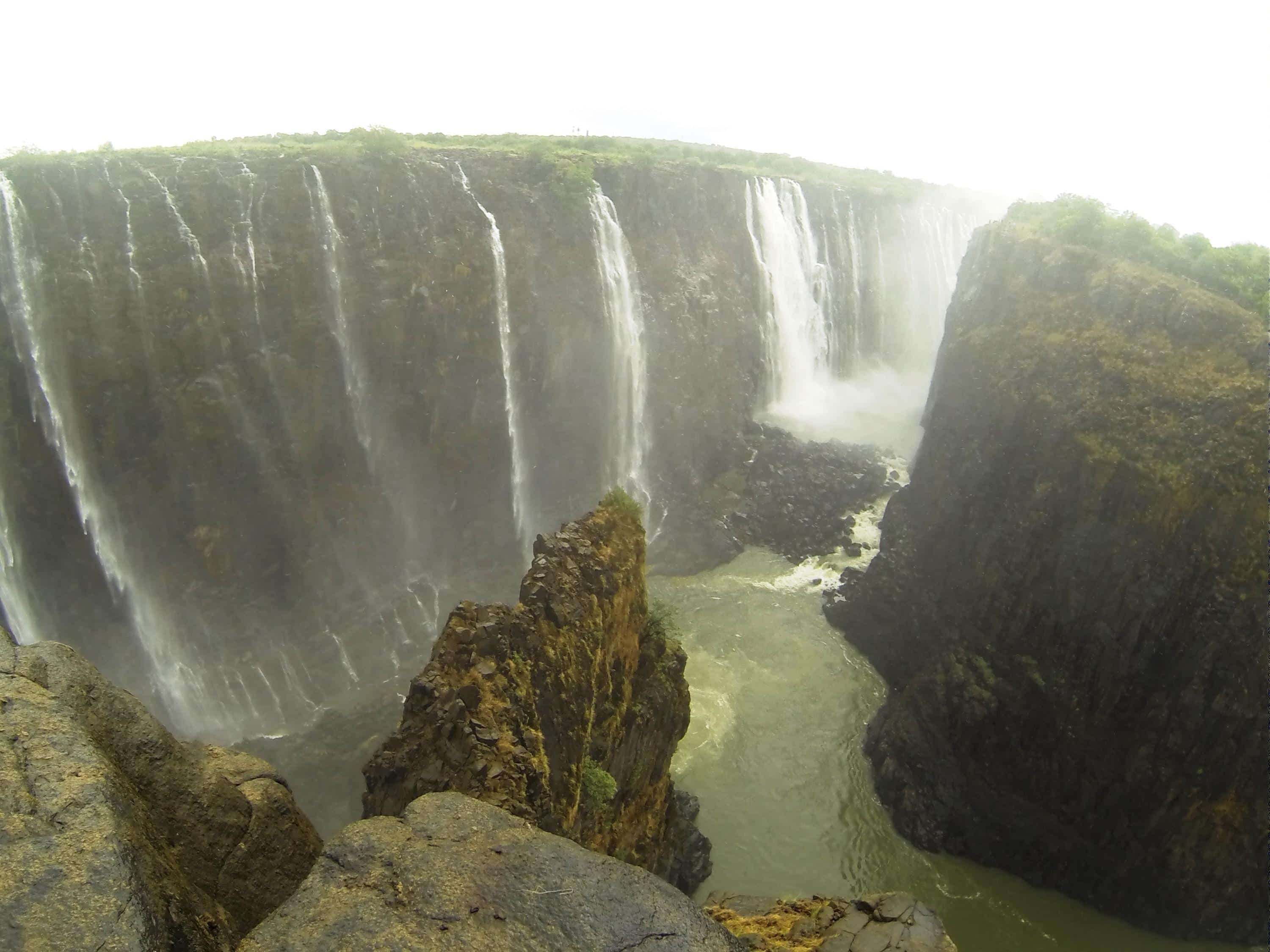 We stayed at the grand Victoria Falls Hotel, we had last been here 11 years ago and it was still as beautiful as ever with its manicured lawns, huge old trees, colonial drawing rooms and lounges, and amazing view across to the smoking Falls.  The walls are hung with fascinating maps of the old scramble for Africa, edged with adverts for flights from London to Cape Town (taking 3 days but including nightly accommodation en-route), and the purchase of thousands of hectares of farming land in central Southwest Africa (Namibia).

The deluxe rooms have just received a make-over, and they are busy with the standard rooms as well.  They now have new linen, mattresses and curtains, although the bathrooms of the standard rooms definitely still need some TLC. We took a walk into town and the nearby craft market after checking in, and were soon adopted by a local member of the tourism police. It was obvious that the curio sellers and money changes (yes, they are still here even since Zimbabwe moved away from the Zim dollar and adopted the US$) backed off as soon as they saw that he was with us, and that made for a much calmer experience.  He told us that the tourism police were paid partly by the municipality and partly by the local hotels, and he accompanied us all the way back to the hotel entrance with a smile. 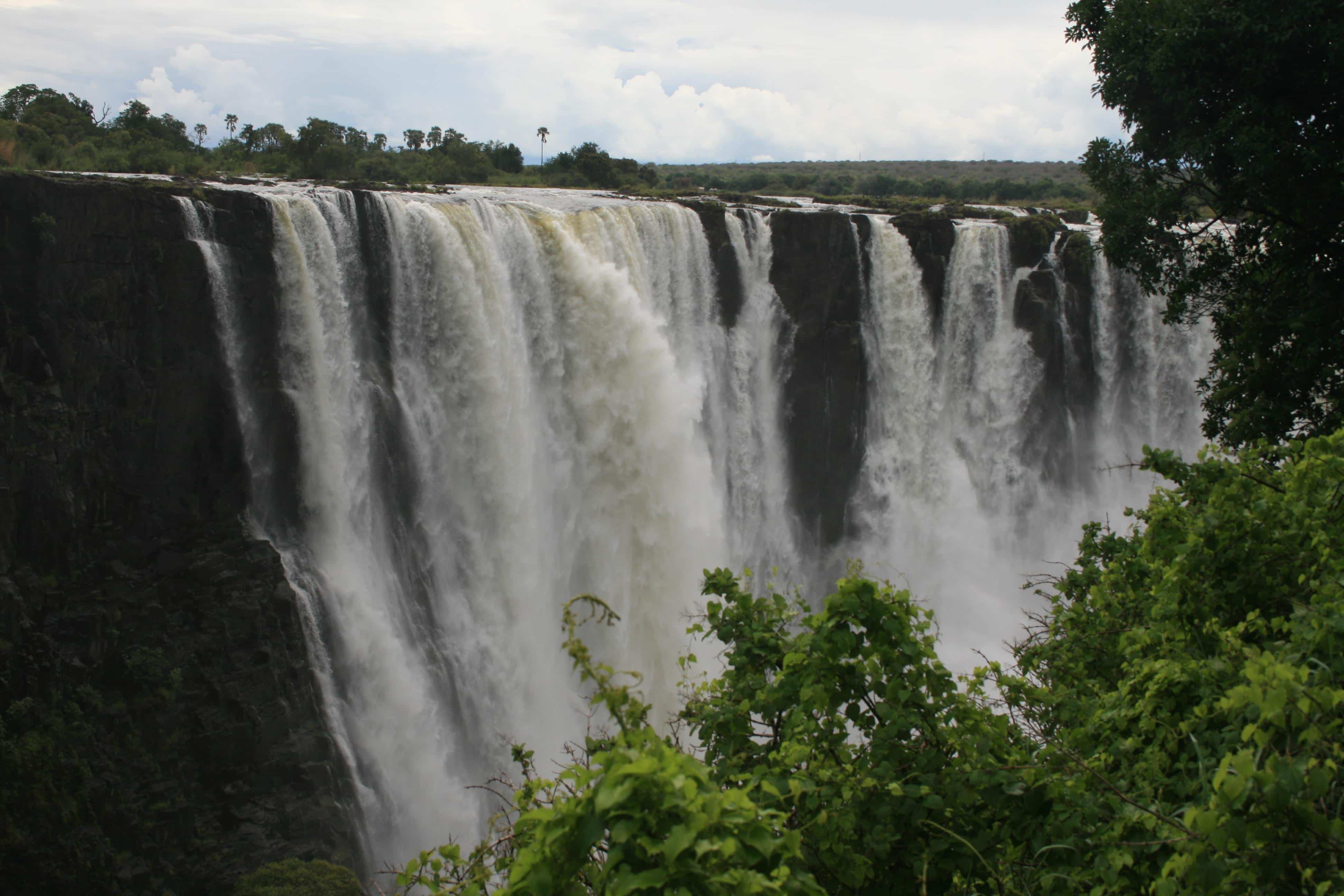 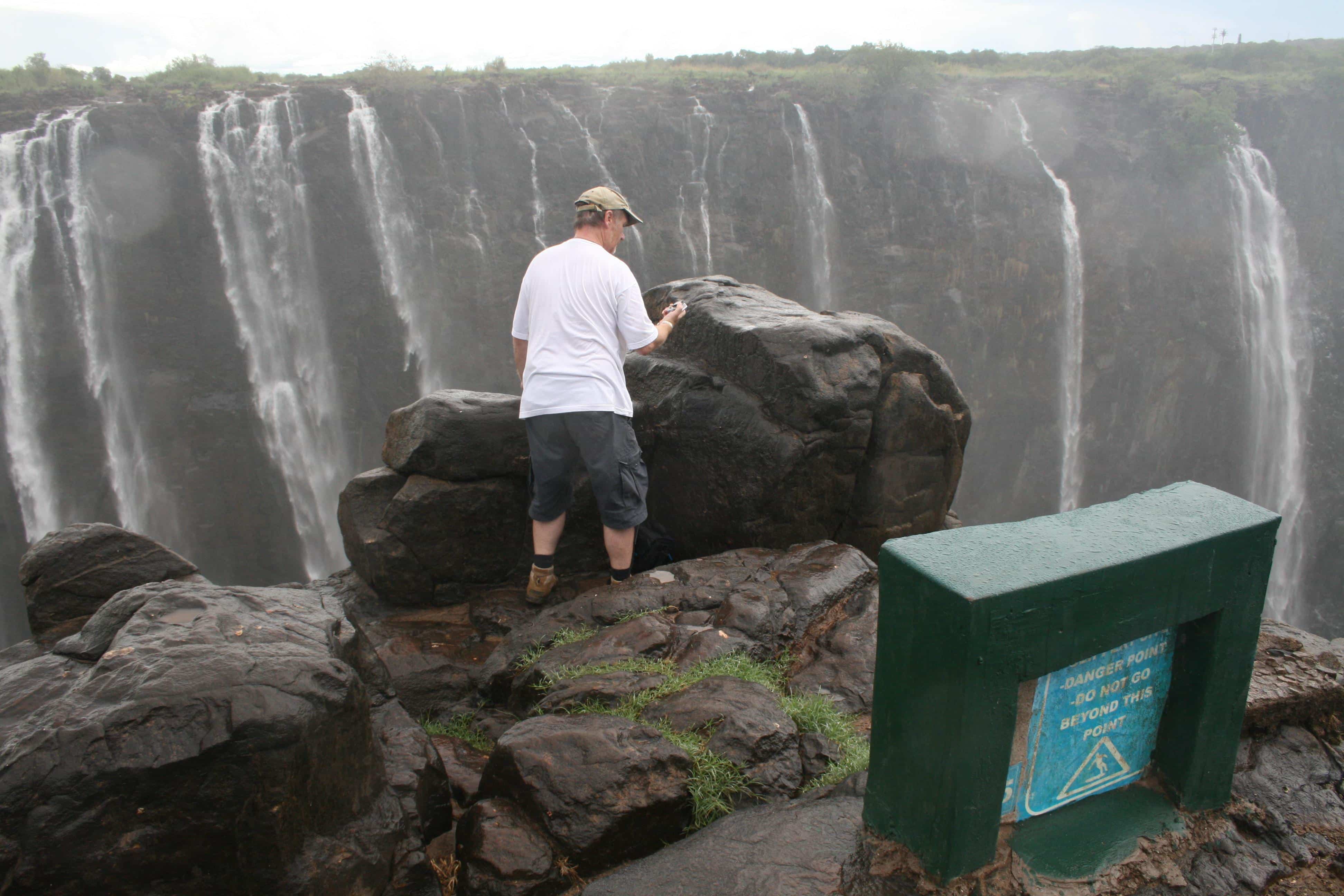 David decided to get a quick haircut at the hotel, his hairdresser told him that she had attended to quite a number of famous people during her time at the hotel, but that her favourite was David Hasselhoff as she loved Nightrider…

The use of the US$ here means that things are quite a lot more expensive than in Namibia or Botswana, and this probably also has a lot to do with the fact that almost everything has to be imported.  But, things seem to work, the petrol stations all sell petrol which was certainly not the case 11 years ago, and the restaurants do not seem to be short of anything you would desire.

The Vic Falls Hotel has a private footpath to the Falls, leading through the National Park area.  As such it is completely open to wildlife and we saw three male buffalo lounging about underneath a spreading tree, ugly baboons who weren’t at all phased by our presence, and a couple of Impala.  It was debatable as to whether the hassling curio sellers or the buffalo posed more of a threat, but with the able assistance of another tourism policeman, we made it through to the Falls without incident.

The entrance fee into the Falls themselves is now US$30, half price for children aged 6-12 and free for younger kids.  As SADC, Southern African, residents we paid US$20.  There is now a fantastic little cafe right inside the entrance which is a great place to relax and have lunch after walking around the Falls.  I am always in awe of the mesmerising power of this natural wonder, and even though the water levels are low at this time of year before the swollen Zambezi has been filled with the rains upstream, the spray was still more than enough to thoroughly soak us. We walked right to the end, ‘Danger Point’ where there are no barriers and some very slippery rocks. Holding very tightly to the kids, we peered over the edge into the swirling Zambezi below, a sheer drop of black rock and tentatively clinging ferns, enough to make the strongest stomach churn.

The perpetual spray rising from the falls feeds a micro-ecosystem of tropical rainforest filled with lush ferns, dripping palm trees and looping vines.  On our way back we spied some visitors on the Zambian side, walking and swimming in the ‘Devil’s Pool’, right on the edge of the Falls.  From where we were standing, it looked like suicide, we got our GoPro ready just in case of some good footage…  But the rocks between the pool and the edge must have been large enough to prevent major disaster as the swimmers stayed where they were supposed to be and all ended well. 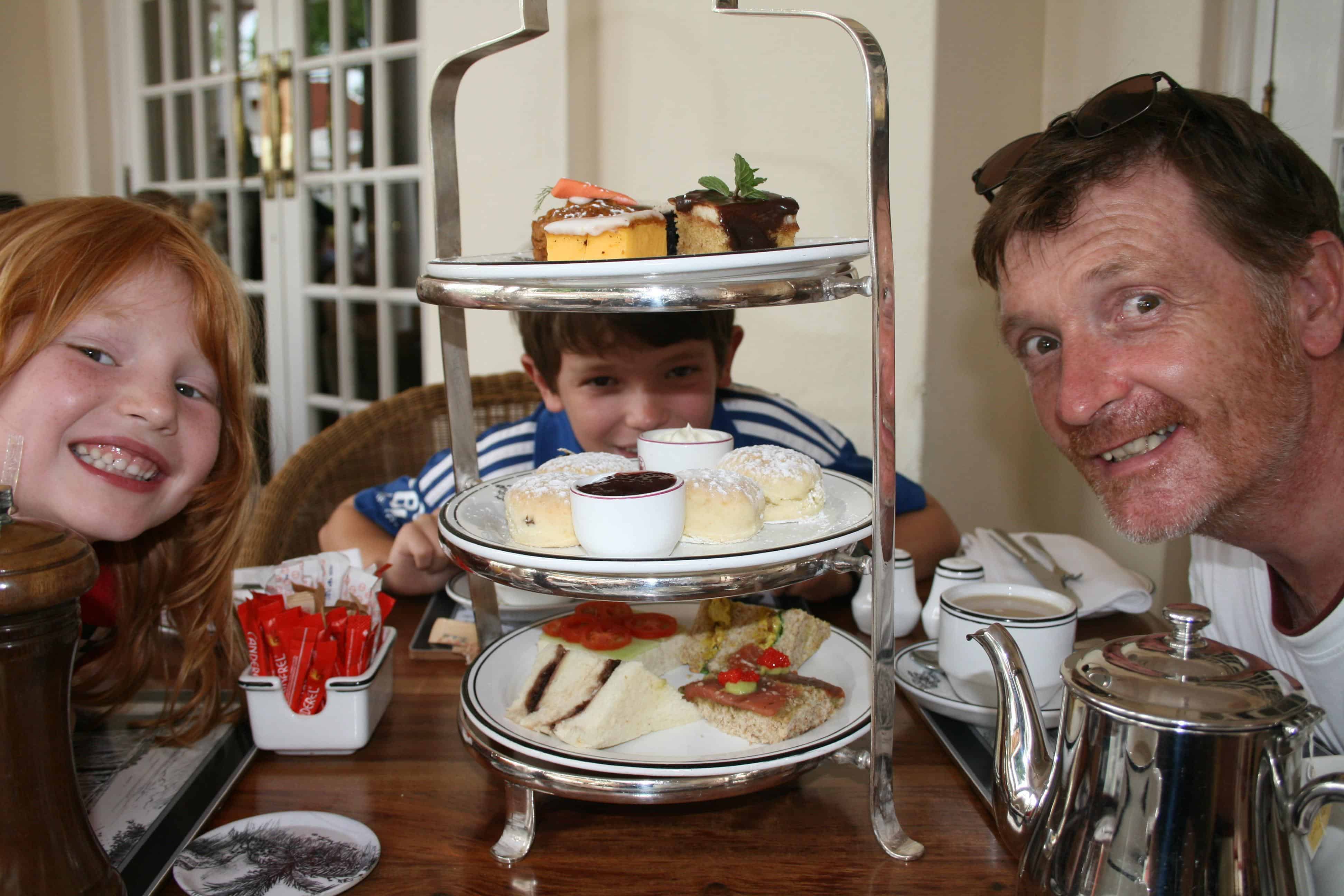 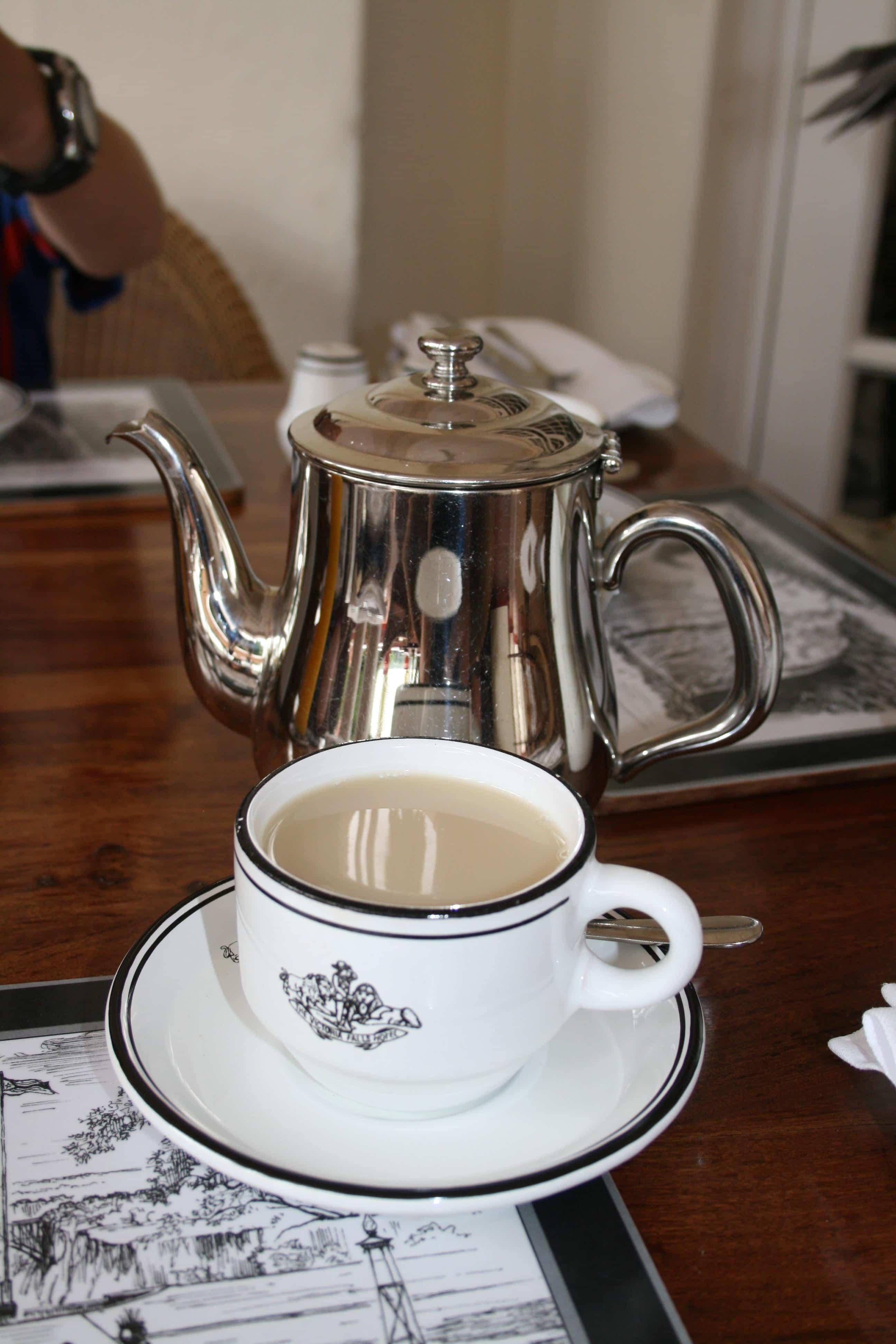 Later that afternoon we sat on the terrace of the Victoria Falls Hotel and enjoyed their famous high tea; a three tier cake stand festooned with dainty little open sandwiches, scones and cakes.  After our immense breakfast (by far the best of our trip), one tray between the four of us was definitely enough.

After just a short visit this time, our general impression of Zimbabwe was that there is more investment coming in, people are feeling cautiously optimistic and things are definitely getting better.  We can only hope that this will continue exponentially as this is an amazingly beautiful country with such a lot to offer.

400 meters from the ocean is an unlikely place to find a shipwreck - or so you would think. Welcome to the story of the Eduard Bohlen! Probably the most INTACT and photographed shipwreck along the entire Namibian coastline. There were two ships registered as 'Eduard Bohlen' the first was…

The ATI Holidays’ staff members consider themselves a bunch of foodies; David (our Big, Bad boss and managing director) is known as the curry King of Windhoek. He is English after all! So when The Olive Exclusive informed us that Chef Anthony was joining the team, we immediately offered our…