Home Blog News The Victims of the Namibian Coastline
By LightSpeed, 16 Sep 2014 Posted in: News

Namibia has a total of about 1600km of coastline – roughly 1000 miles and some estimate that there are literally thousands of wrecks littered along the coast, from the oldest recorded one, the Bom Jesus which set sail from Lisbon in 1533, to the more recent wrecks, occurring as recently as 2012.

The Dunedin Star, with its tale of loss and unimaginable suffering for the survivors and the Eduard Bohlen, which sounded a lot more like a wreck(ed) party than anything else we have looked at in detail, but here are some of the other notable wrecks along the coast.

Suiderkruis (1976) ran aground on her maiden voyage, despite the fact that she was equipped with the most modern navigation equipment. One particularly stormy night the hull of the wreck was deposited high on the beach and now acts as a perch for cormorants . 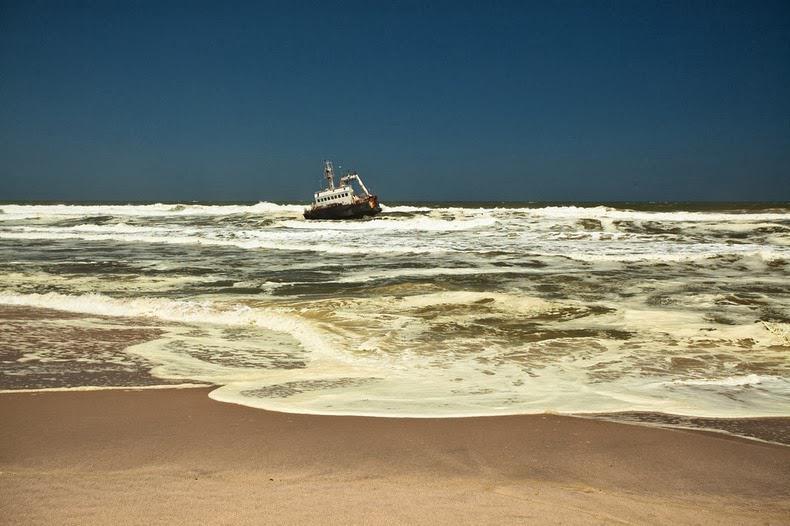 Winston (1970) Another victim of the thick Atlantic fog, for many years the Winston was a favourite with the cormorants, and it still marks a popular angling spot, but the majorty of the frame has disintegrated over time.

South of the Winston there is another visible wreck, but nothing is known of this ship.

Erycina (1896)In rough weather she sprang a leak and after two days of struggling it was decided that she could not be kept afloat and the decision was taken to beach her. Many wooden pieces of this ship have washed ashore over the years and it is not known whether there are any recognisable pieces of this ship today 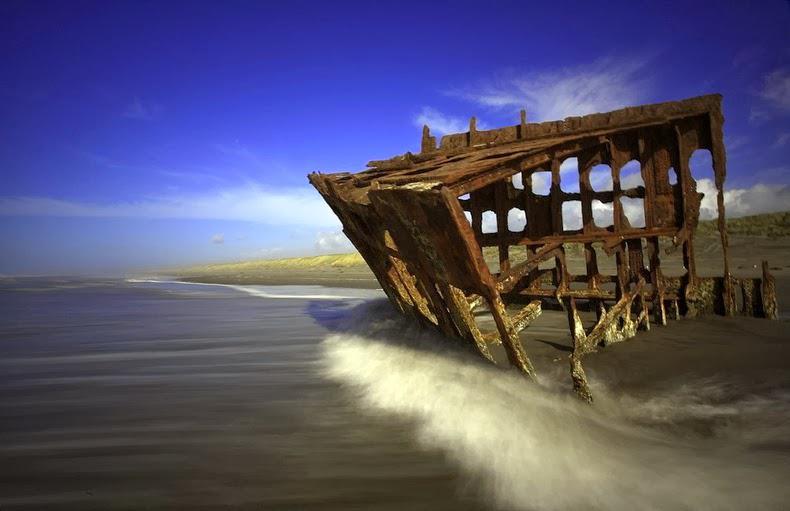 American Whaler (1800’s) For many years the old ribs of this ship were visible and it is believed that many of these were used to build some of the original holiday homes in Henties Bay. It is believed that there were two survivors from this shipwreck who were found by Hereros, one died shortly after they were found but there is no record of what happened to the second survivor. 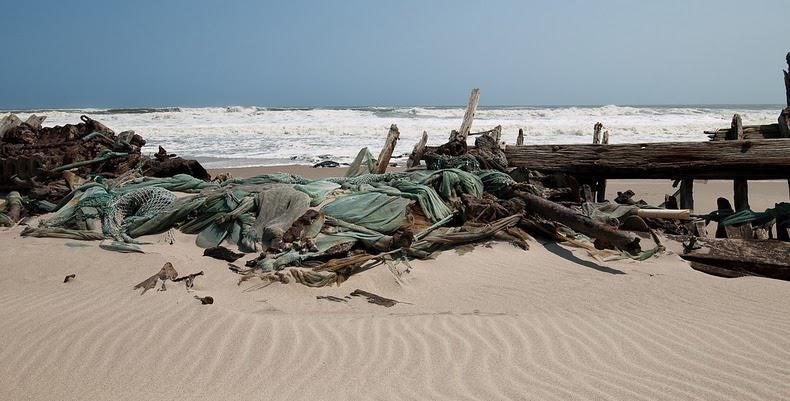 Natal Coast (1955) this 3,000 tonne ship also ran aground in thick fog and became a favourite with the school children from Swakopmund. There was a consignment of coconuts on-board and she was eventually dismantled by a scrap dealer and today only parts of the engine room and boiler are visible at low tide

Gertrud Woerman II (1904) On her second voyage from Germany the Gertrud Woerman ran aground on a reef, in thick fog with 400 soldiers, horses and war munitions onboard. Until 1912 she was visible off the coast but in a heavy storm she disappeared completely and today the ‘Gertrud beacon’ marks the spot where she sank 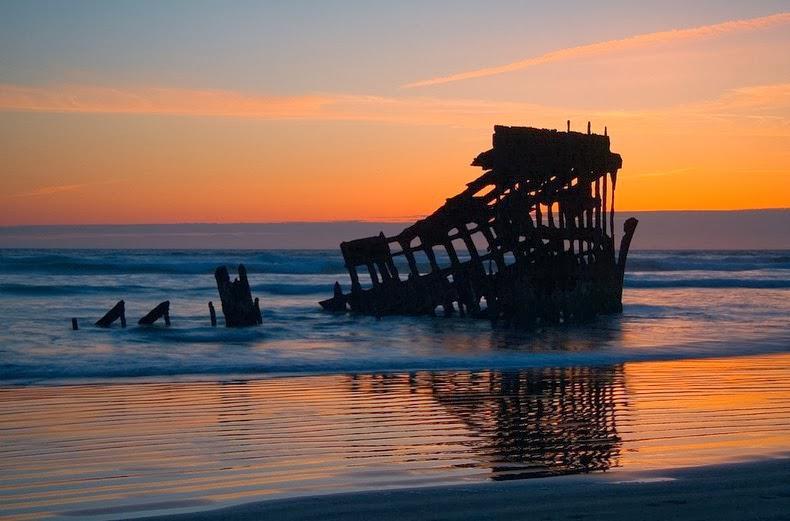 Vipava (1968) Both fuel tanks of this Iranian freighter were punctured when she beached on a sand bar and after the first attempt to salvage the ship failed the crew, who were hungry, tired and thirsty decided to abandon ship, which most likely resulted in the total loss of the freighter. She ran aground on the Sunday, by Monday morning the rough Ocean currents had split her hull open.

Chamarel (2012) This French cable layer vessel had set the record for laying the deepest submarine cable (just over a mile underwater) but on the 8th August 2012 a fire broke out onboard the ship. All crew were rescued and the stricken vessel eventually was finally stranded 30kms off the coast of Henties Bay

Kolmanskop (2006) was lodged on rocks after being driven ashore by winds in excess of 50 knots. The Kolmanskop and the Zeila will go down in the history books as they will not succumb to the elements and teams of divers salvaged parts of the superstructure 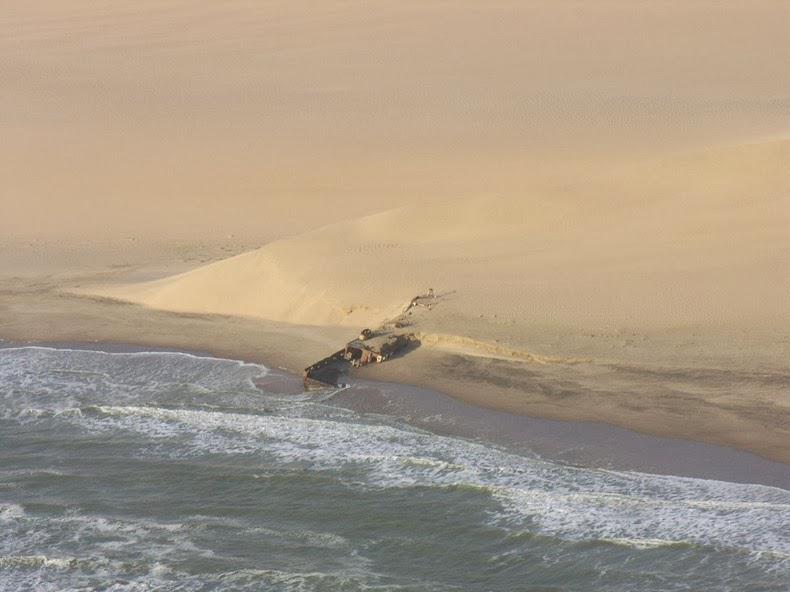 Sir Charles Elliot (1942) The Tug Boat which tried to assist the stricken Dunedin Star, costing two of the crew member their lives

Meob Bay (2002) ran aground off the coast of Luderitz, resulting in the loss of 19 lives

In addition to these there are also:

The Seal which ran aground just south of Tascanini

Horingbay Wreck is only visible at low tide, but its origins remain unknown

A large number of old sailing ship parts have been found along the coast, some going back 2 centuries and are presumed to have been old American Whalers who used to frequent our waters.

Despite the fact that this region appears barren and arid and has been named The land God made in Anger. The heavy fog, the constant, heavy surf means that it is impossible to launch a human-powered boats from shore – despite all of this the Skeleton Coast has a greater variety of species than many other National Parks in Southern Africa. The unique ecosystem has given life to a host of unusual plants, it is home to the fabled desert-adapted elephant and the brown Hyena, but to this day the Skeleton Coast remains “The Gates of Hell” 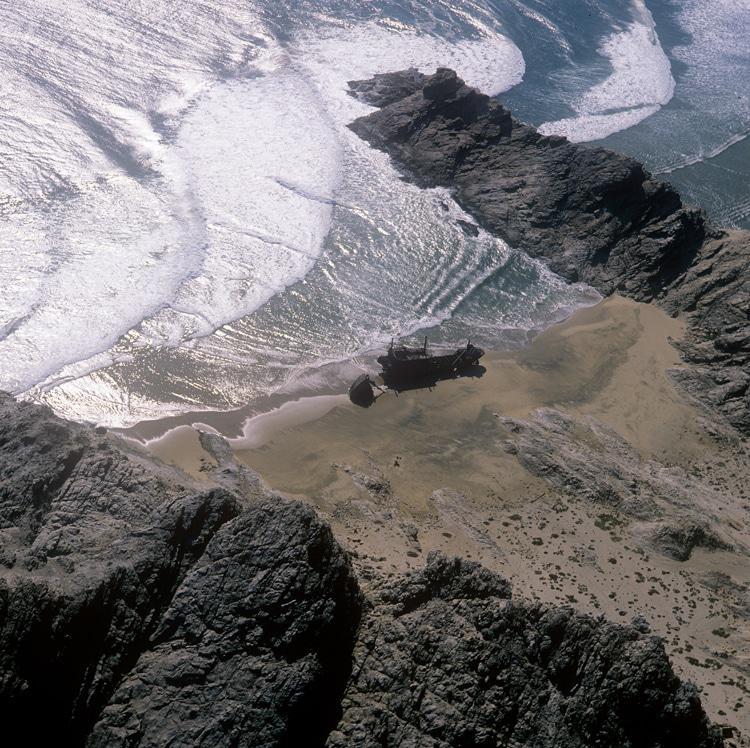 When you think of Namibia – the typical imagery that comes to mind is the vast, arid land with wide open spaces and the second lowest population density on the Planet (after Mongolia) but this is not where it ends – there is a lot more to our varied landscape – so let’s have a look at some facts you might NOT have known about Namibia!

The first stop on our trans-Caprivi ‘family adventure’ would be eastern Etosha. When we were here last, in July, we had failed miserably to find any lions which was the only animal that our daughter was interested in seeing. This time we were determined to find them, or risk endless recriminations in the form of a sulking 5 year old.

Despite the fact that I own three Southern African bird books and work in travel, I admit what I know about birding is enough to make me break out in a cold sweat whenever clients ask me to identify a particular bird, especially when some people can identify an Herero Chat in flight. (true story)